There are many things to consider before visiting a city these days. Click "Learn More" below to discover what a trip to Madison currently looks like, from the safety of visitors to what's open for business.

Impress your friends with these fun facts.

Madison’s a good eats kind of a city. A get on your feet kind of city. A city where history and future meet. We’ve got a small-town feel. And big-city amenities. Lake life, campus cool, and endless things to do. Discover more of Madison

Madison on the Map

Madison is home to several  exceptional art institutions, including the Madison Children’s Museum and Madison Central Library, who both earned the National Medal for Museum and Library Service – a prestigious honor in the museum world. Other museums include: 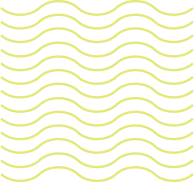 Madison loves to eat just as much as they love to bike so there’s no surprise that there’s an abundance of...